Buy Your Tickets in Advance Here!

While most Vegas hotel nightclubs use to stick to hip hop and R&B, it seems that electronic dance music has taken over as the genre of choice for nightclubs in Sin City.

Finding Vegas nightclubs that play hip hop, rap, and R&B is getting more difficult each day, but it’s not impossible!

LasVegasSoul.com has the scoop on the best Vegas nightclubs for R&B and hip-hop music. Luckily for any hip-hop fans out there, it’s not impossible to find nightclubs with that genre of music if you know where to look.

Here’s Tiffany On the Town’s list for the top Vegas nightclubs for hip-hop music:

1. Drais Nightclub at The Cromwell:

This 65,000 square foot venue offers an environment that is taking entertainment and service to new heights.

Drais offers a good mix of EDM, to hip-hop DJs, and special guests. The venue has seen A-list celebrities not only partying at Drais Nightclub, but giving full-length live performances and DJ sets in the middle of the club by the likes of Chris Brown, The Weekend, J.Cole, 50 cent, Meek Mill, Big Sean, and many more. At night, this rooftop pool transforms into THE Vegas nightclub scene.

This place is truly an escape from ordinary nightlife. Drais aims for a diverse range of experiences offering entertainment all day between the beachclub, the nightclub, and the After Hours spot. Not done partying when Drais closes?! No problem, downstairs from Drais nightclub is Drais After Hours spot where you can find a spacious and intimate setting to wrap up the night. Drais After Hours is open 1-9AM, and offers two rooms for Las Vegas partygoers. The primary room hosts EDM and house music, and the backroom never disappoints playing hip-hop and top 40. TRUST, The hip-hop room in After Hours never disappoints. Trust when I say that Drai’s proves to be a top competitor in the nightclub scene.

Upon arriving at LIGHT, guests enter the realm of the unknown, as everyone in the club is part of the show. Headlining DJs and performers lead the charge, coupled with exclusively built performance elements and visuals provided by revolutionary video mapping, lighting, sound and special effects experts Moment Factory.

3. TAO Nightclub at the Venetian:

This complex is a multi-story “Asian City” and houses a restaurant, banquet facilities, lounge, nightclub, and beachclub in 60,000 square feet. This nightclub features top DJ’s such as Snoop Dogg and Jermaine Dupri, and creative programming. The main room plays a mix of top hits and hip-hop while the Opium Room down the hallway is catered more towards those who appreciate hip-hop music. Bottle service is almost a must in this room due to the spacing of the dancefloor and seating, but keep in mind the standing space can be limited. I definitely recommend visiting this side room for a night to remember.

4. Marquee Nightclub at the Cosmopolitan:

Cosmopolitan offers you a monumental 60,000 square foot venue that transitions night club patrons between lavish rooms and various musical experiences. While the main room will usually play house music or EDM, the downstairs room known as the “Boom Box room” will play straight hip-hop and R&B. The hip-hop room is small, but they keep the hits, both new and old, in rotation. Ladies, make sure to bring your folding flats with you because after dancing all night to the beats of all your favs, climbing those steps to the exit will not be easy … you can thank me later!

Major hip-hop artists regularly host at this venue. 1 OAK brings a unique combination of art, fashion, and celebrity status to the nightclub world. Located in The Mirage Hotel & Casino, 1 OAK has given Las Vegas Nightclubs a New York spin with its Avant-garde artwork and design. Within its 16,000-square-feet are two separate rooms which each contain their own full-service bar and DJ booth.

This article was written by Tiffany On the Town 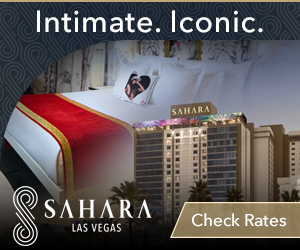